Arriving in Vancouver in time for the International Premiere of his new American indie “Green/is/Gold” screening here as part of the film festival, triple threat writer/director/actor Ryon Baxter was in good spirits as the affable up and coming young filmmaker took the time to chat

His film is a moving slice of life drama between two brothers (Ryon’s own sibling, Jimmy, is cast as his younger brother in the film) set amongst world of Nor Cal homegrown cannabis cultivation.

Coming off the Audience Award at the recent LA Film Festival, the affable director’s indomitable spirit and hard work in the six years it took to bring the film to fruition is paying dividends as a slate of even more major film fests and a recent snagging of a Samuel Goldwyn distribution deal can attest to. 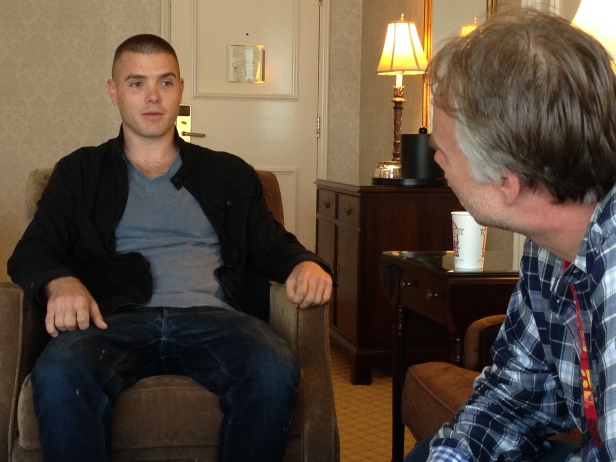 “I’m grateful to be here in Vancouver to see the audience reaction from another country”, says Baxter relaxing in the hotel’s press room. Noting that, although the movie deals with the everyday aspects of pot production, “I wanted to make the film a character study of family and really raise the stakes by the movie’s end.”

Asking what it was like to cast and work with his younger brother in “Green/is/Gold”, director Baxter “did a lot of workshopping with him before shooting as most of our scenes together followed the script with maybe one or two that we improvised.” 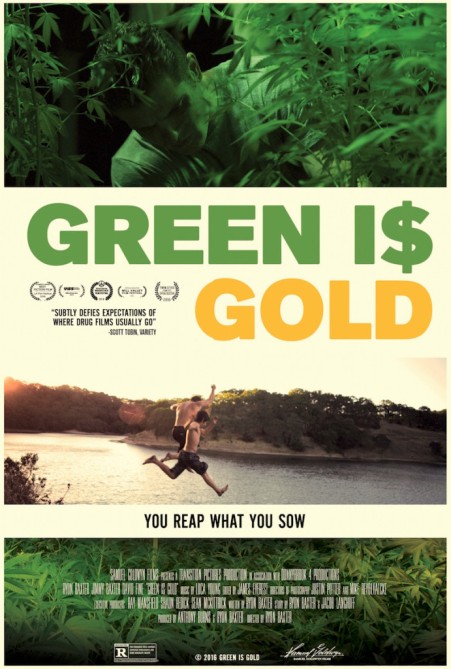 Asked what inspired him to create the film, Baxter revealed that while serving a plea bargain conviction for a non-violent cannabis charge, he was able to hear and become compelled to the stories of the people around him.

“My generation has spent twenty years chiseling away at the brick wall of pot prohibition and I started to feel a desire to portray the world of independent cannabis production as authentically as possible- using it for my film’s backdrop.” said Baxter.

Discussing the theatre his movie was to be screened at during the festival here( the iconic heritage East Vancouver landmark The Rio) the young filmmaker, upon researching the particular cinema in question, noted with a smile that the seating capacity was 420. “That’s a good sign I think…”