I woke up from my usual nightmare of seeing myself cleaning the filtration system of the Playboy mansion’s grotto and, upon seeing it was my weekly deadline to get you fine folks another cinematic dispatch from Wholly Cinema, I broke out in a cold sweat not knowing what to write about. 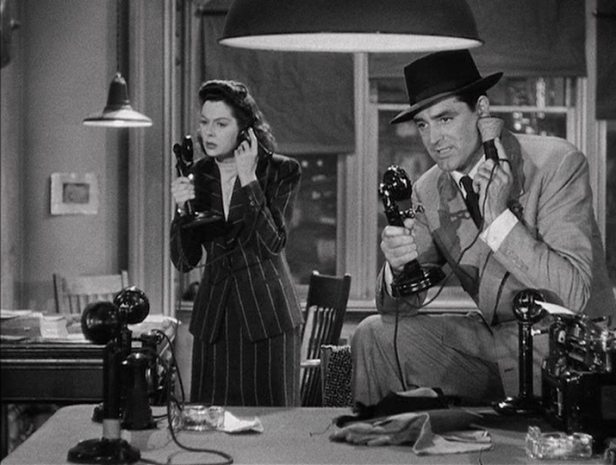 Then I started to think about all the great film directors who’ve never been given Oscar gold (yes- I worry about those things…). The stats were alarming: Hitchcock- none. Kubrick- none (ok- he did get an EFX Oscar for 2001). Could rapper Eminem and Phil Collins combined really have more Academy Awards than these movie legends? Perhaps I was sinking into another cough syrup-addled nightmare…? Nope- this was real. A sobering reality of epic proportions when you throw in the iconic director Howard Hawks as well… 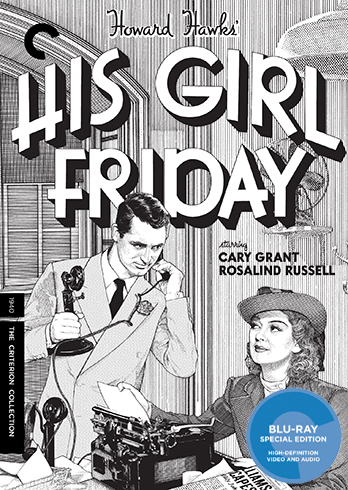 Light bulb moment! Today’s the drop day for Mr. Hawks Criterion bluray release of the classic screwball comedy “His Girl Friday” so, just like that, a new blog post is born.

Based on the 1928 Broadway play “The Front Page” highlighting the witty banter of a couple of newspaper crime reporters, director Hawks came up with the master stroke of changing one of the original two male leads from the stage production into a female character. Known for his tough talking female leads, Hawks successfully straps on an added layer of smoldering sexual tension to the already giddy and machine gun paced repartee between the exquisite leading stars Cary Grant and Rosalind Russell. 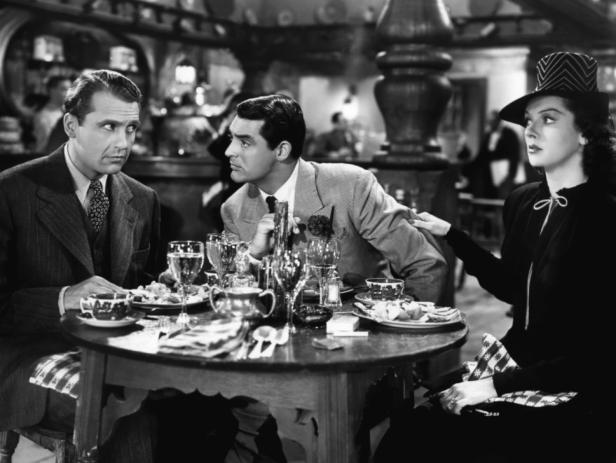 As mentioned, the acid-laced banter comes fast and furious in this battle of the sexes (and ex’s) as Grant, playing Russell’s conniving newspaper editor and ex-husband, tries to keep her from getting remarried by dangling a juicy exclusive scoop of a news story in front of her which sets the screwball plot in motion.

This hard boiled locomotive of comic dialogue is the gold standard to which all future character-infused comedies would be measured with it’s master class script adapted by veteran screenwriter Charles Lederer from the aforementioned play by Ben Hecht and Charles MacArthur. 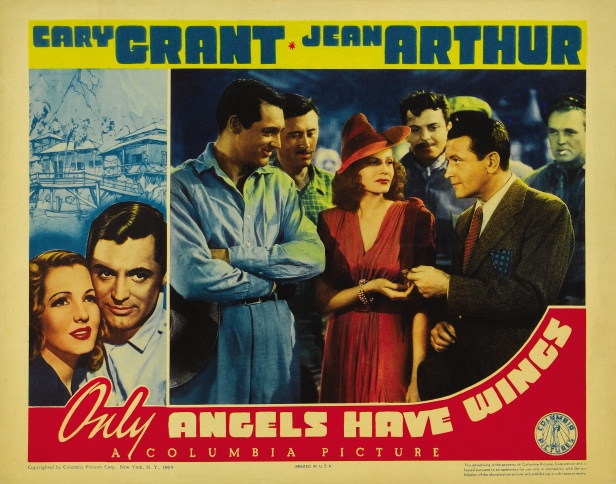 Called “the greatest American director who is not a household name”, the genre defying Hawks was responsible for some of the most defining cinema of all time. The sheer number of classic titles he was responsible for are almost unfathomable to comprehend: “Scarface” (1932), “Bringing Up Baby” (1938), “Only Angels Have Wings (1939). The list goes on and, thankfully, Hawks was finally awarded a lifetime achievement Oscar in 1975 (six years before he died). His films influenced untold new filmmakers worldwide- from Peter Bogdanovich to Quentin Tarantino and most of his resume repeatedly shows up on the All Time lists of the greatest cinema ever produced. 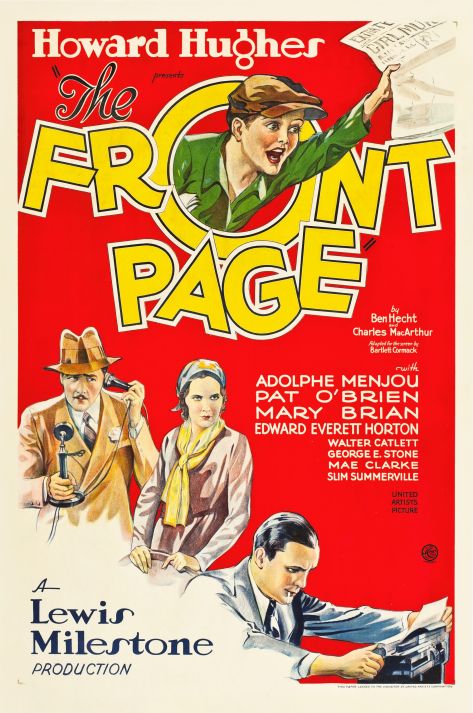 And the good news is that you can now own this superlative Criterion bluray release which has an unbelievable treasure trove of Extra Features including the fully restored original and first film version of “The Front Page” from 1931 by Russian-born (and two time Oscar winning) classic director Lewis Milestone (who also directed one of the all time great anti-war films of all time- “All Quiet on the Western Front”). 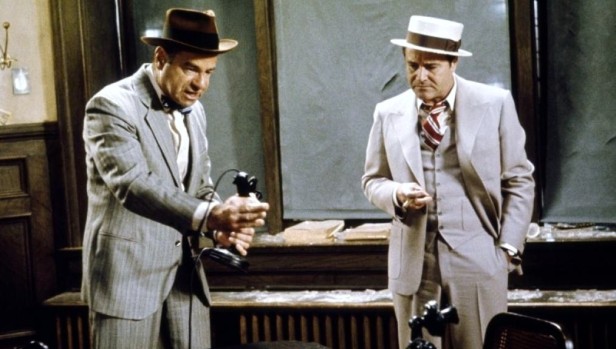 It should be noted that the amazing source material of “The Front Page” has never stopped bearing fruit as it was later adapted by Hollywood wunderkind Billy Wilder in 1974 with his good pals Walter Matthau and Jack Lemmon. While all previous editions of the film have been set in modern times, it’s interesting that Wilder chose to stage his version in the golden era of newspaper reporting in the ‘20’s similar to the original Broadway production. Not a fan of remakes, Wilder, despite the film’s box office success, never ranked his film very highly in his pantheon of cinematic efforts. 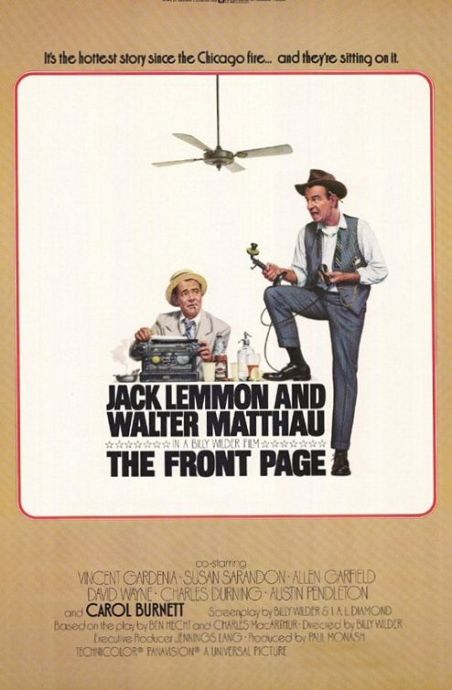 So do yourself a favor and run- don’t walk (unless you’re in a high density traffic area…) and grab your shiny new Criterion Bluray ‘cus when you’re feisty old grandpa tells you young whippersnappers they don’t make movies like this anymore (along with regaling you about how life was better when he rode a horse and buggy to school everyday)- he’s actually keeping it real for a change. You should listen to him more often…