Perched here amidst the sticky blast furnace of a late July afternoon in the corner of my fave coffee shop (“What do you mean there’s a two hour limit on Wifi?”…) with my headphones blasting a lethal loop of The Guess Who’s wheat-fed prairie rock opus “So Long, Bannatyne”, an online trailer of “The Emoji Movie” combined with the possibility of North Korea nukes can only mean one thing: it’s time to start looking forward to the upcoming smorgasbord of Fall/Winter movie releases.

The overworked and underfed staff here at Wholly Cinema have decided to focus on a random sampling of buzzed up film fest-type selections- so don’t be offended if we skip some of the Hollywood big budget joints involving super heroes and/or mega-sequels although no doubt I will be penning a very personal and deeply felt letter to my future grandchildren about my experiences watching “Thor: Ragnaruk”.

For moviegoers, the Fall/Winter cinematic release slate usually yields a fistful of Oscar candidates as many of the titles are culled from earlier major film fests like Cannes and Yorkton, Saskatchewan (just seeing if you’re still paying attention…you are? Cool..let’s continue!).

As there were too many interesting films to mention, I decided to throw all the film titles into a giant bingo ball machine and select them randomly (kind of like how Hollywood film studios decide which films to greenlight…).

So without further ado…

1) The Square (Directed by Ruben Ostlund) Opens Nov.3/17- Grabbing the prestigious Palme D’Or at this year’s Cannes Film Festival with this polarizing dramatic satire about a Public Relations team working with a renowned Swedish Museum, this Ostlund’s first film since the electrifying “Force Majeure” (if you don’t include the amazing Youtube clip of him have a mental breakdown while witnessing his film being snubbed during the live Oscar nomination telecast). Word had it that “The Square”s Cannes running time was a tad too lengthy (hey- those snooty French critics need their brie and Perrier breaks!) and that Ostlund was determined to cut a few minutes out.

2) Suburbicon– Directed by George Clooney (Nov.3/17) A tale of sinister proportions set in late ‘50’s suburbia (think “Mad Men” meets David Lynch- minus the Log Lady) written by the Coen Brothers, Clooney takes the directing helm (“Monuments Men” you are forgiven…) as the impressive cast of Matt Damon, Julianne Moore and Oscar Isaac work tirelessly with NASA to get Damon off Mars before his air supply diminishes…no wait- that last part I made up. Anyways, this movie was apparently pushed back to qualify as Oscar bait (which is infinitely better than being shark bait let me tell you…). 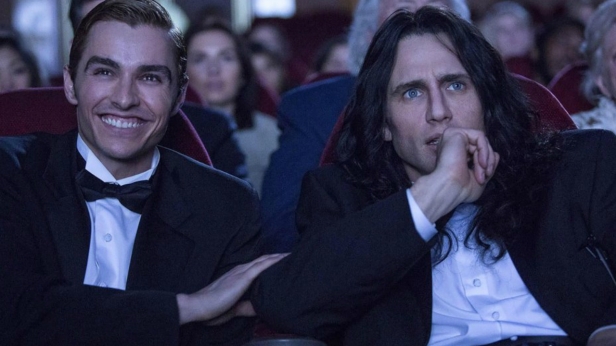 3) The Disaster Artist– Directed by James Franco (Dec.1/17) The ubiquitous Franco takes time from his busy schedule of crashing live art installations to team with his partner in crime Seth Rogen to construct this mise en scene about the behind-the-scenes true making of one of the purported worst movies ever (“The Green Hornet”, “Why Him?)- wannabe American auteur Tommy Wiseau’s universally so bad but so good “The Room”. Reports out of Austin’s SXSW film fest were very positive when “The Disaster Artist” was previewed although some of the comments weren’t fully comprehensible as they were being delivered while a copious amount of barbecued pulled pork and organic hand crafted beer were being swilled…

4) Untitled PT Anderson Film– Directed by PT Anderson (just a guess…) (Dec.27/17) The latest rumor has the title pegged as “Phantom Thread” in this movie that’s been kept so under wraps/top secret as to give the US Gov’t a run for their money in Roswell. We do know for sure that it involves Daniel Day Lewis (in his last ever role supposedly- until he comes out of retirement to join The Eagles latest tour) in an expose of the 1950’s London fashion world (dang- no Twiggy?). Apparently, PTA pulls a “Soderbergh” and does his own camerawork (if only they could get rid of those pesky editors, art directors and actors…) so the results should be interesting as it must be hell-a-difficult to direct after having to lug and position all those huge lights all over the set… 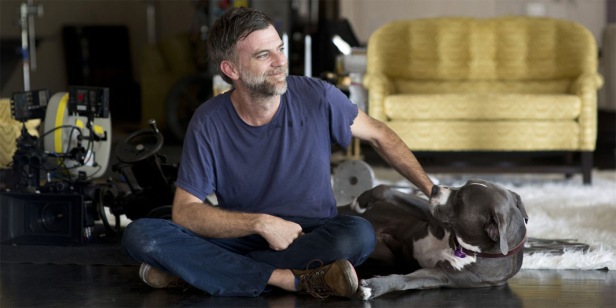 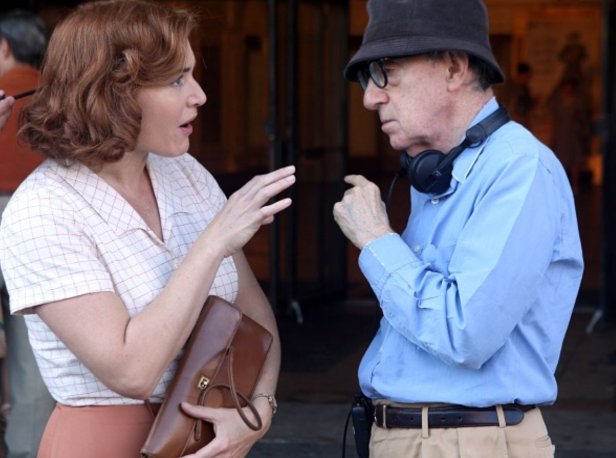 5) Wonder Wheel– Directed by Woody Allen (Dec.1/17) The Woodster gets a rare Christmas release due to the studio Amazon’s confidence in it’s Oscar potential as well as it’s ability to deliver the film to your house the next day if you order with Prime (better check your Shopping Cart). The buzz is definitely strong for this movie that screened out of competition at Cannes where the tough to please French critics compared it favorably to a boxed lunch of baguettes and a fine selection of soft cheeses. Word has it that first time Woody actress Kate Winslet (she dropped out last minute on “Match Point”) really steals this nostalgic tale set against the backdrop of 1950’s Brooklyn which also stars Juno Temple and Justin Timberlake who’s determined to bring sexy back to this year’s NY Film Festival as “Wonder Wheel” just nabbed the coveted closing spot.