In what is surely one of the front runners for best documentary of the year, “Dawson City: Frozen Time” pieces together the incredible true story of how a seemingly-lost-forever cache of valuable films from the Silent Movie Era of the 1910’s-20’s were later discovered buried under a swimming pool in the Yukon.

Also, this impressionistic dream-like documentary does an amazing job of paralleling the tragic rise and fall of a one-horse industry town along with the stampede of gold-starved prospectors and rogues who made their determined pilgrimage to seek their fortunes in the Arctic wilderness of the Klondike at the beginning of the twentieth century. 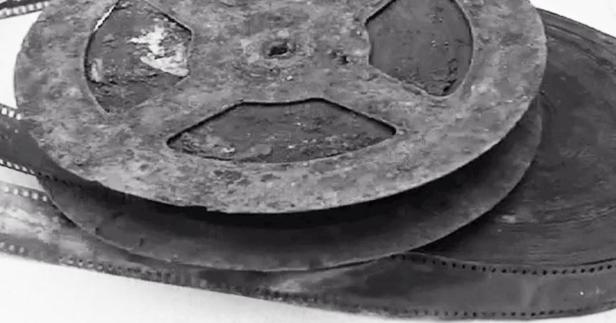 We here at Wholly Cinema are grateful the film’s director, Bill Morrison, kindly took some time from travelling around the world and promoting his film to do this interview and hopefully  “Dawson City: Frozen Time” will be vying for some gold of it’s own come Oscar time.

Wholly Cinema: When/how did you first become aware of this story? And what attracted you to it so strongly?

Bill Morrison: I first heard the story as an art student in the late 1980s. It was already an old news story that still circulated among people interested in archival film: the films found buried in an arctic swimming pool. I come out of a fine art painting background, and referencing the medium and history of my source material is an important part of my process in filmmaking as well. I always thought I might one day try to tell this incredible story – already a kind of legend – using the actual materials that were found in the pool. – a kind of mythological Creation story for the 20th century.

WC: How long did you spend on the project? Are these discovered films featured in your film currently available for audiences to enjoy somewhere?

BM: In 2013 I showed my films in Ottawa at Lost Dominion Screening Series, where I met Paul Gordon,
who organized the program. Paul mentioned that his day job is digital migration at Library and Archives Canada (LAC). I asked him if they didn’t house the Dawson City material, and he said they did and that they were planning to install a new 4K digital scanner that winter. At that point I realized that this was time to make my Dawson City film. I spent two more years researching and writing, and then another year editing, researching and writing. So I would say the whole thing took three and a half years. (But I finished it a year ago and it still seems to consume most of my time!)

All these films were restored 38 years ago and duplicate viewing copies have sat on the shelves of the Library and Archives Canadan in Ottawa /Gatineau, QC, and at the Library of Congress in Washington / Culpeper, VA since 1979. At any point in the last 38 years anyone could have gone to these libraries and watched these films there for free, and they still can. Both libraries have now made parts of the collection available online.

It should be noted that I didn’t “discover” any of these films. They had all been catalogued and loaded into a database. I simply called them up into the light.

WC: What was the most challenging aspect making your film?

BM: The premise was to make a film in large part using the films from the collection to tell the story. As I had little prior knowledge about what the collection actually contained, this was something of a leap of faith that this could work at all. But there were a large number of films – over 100 hours. And I was aided also by a tremendous amount of supporting archival material and great research assistance by Paul Gordon at Library and Archives Canada. The history of Dawson City after the Gold Rush is not that well documented. It took some detective work, but with the great help of Michael and Kathy Gates, we were able to piece together what happened to theaters like the DAAA and the Orpheum over the decades, mostly from news clipping from the Dawson Daily News.

WC: What was the most rewarding aspect?

BM: Well there were many rewarding moments of personal discovery from the news collection – the 1919 World Series footage, the Solax factory fire, the Ludlow massacre, and the Silent Parade of 1917 to name a few. These were not only compelling news stories, but also fit inside multiple layers of my narrative. One of the most surprising discoveries was also one of the last, and that was filling in the details behind the mysterious story of the lost Hegg negatives that were found stashed inside a cabin wall, a story that had been passed along for years without the names of the people who discovered them, when or where they found the negatives, to whom they traded them, or where they were eventually sent. Kathy Gates put in one call to Irene Clayton and the entire mystery was solved.

WC: What made you decide to bypass the more “traditional narrator” – instead choosing written text?

BM: Well again I come out of painting – I don’t make traditional films. Just take a look at my filmography. This is by far the most accessible film I have ever made, and certainly the one most resembling a traditional documentary. That said, this is a story about a silent film collection. I felt the film should behave like a silent film, in that the viewer would internalize this information, narrating the film to oneself, and slowly slide into a different state of viewership and a different relationship to the film. I wanted it to be shocking when first you
hear voices again, and finally when you re-emerge from the theater again after a screening. I wanted to create a different world for the viewer.

WC: Have you been surprised in any way by your film’s audience reaction?

BM: Yes. I really had very little feedback while I was making it. I was trying to make the film I wanted to see, and certainly not the type of film that people would regularly see at their local cinema. Of course the film is not for every one, and it has received some criticism for being too long, or too sprawling in its approach. But the people who have connected with it seem to be genuinely moved by it, and that has been great and a surprise. Yesterday a guy tweeted a picture of a tattoo that read “Film is born of an explosive.” 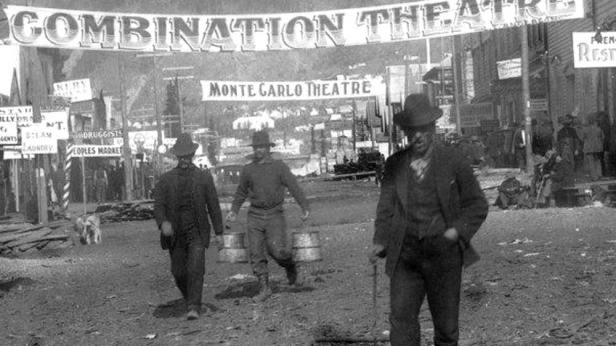 WC: Who inspires you as a filmmaker (both narrative and documentary)? Any particular films that you perhaps used as inspiration for Dawson City?

WC: I realize you’re deep in the promotion of your film but do you have an idea about what your next project will be?

BM: Last summer a fisherman 20 miles ooff the coast of Iceland pulled up a Russian film from 1969 in his lobster trap. I am working on a film about the star of that film. I head to Iceland in less than two weeks, and to Moscow in two months.