Well, it’s that merriest time of the year when we all hang our stockings with glee, trim the Christmas tree and illegally download and binge watch Netflix during the holidays. And, of course, following the unrelenting influx of year end Best Of lists and Critics Awards, we here at Wholly Cinema thought it was time to hand out our first annual Santa Klaus Kinski Awards recognizing both the naughty and the nice in the 2017 movie year.

So without further adieu…

“The Tone Deaf Award”- a lot of competition this year but this has to go to the Golden Globes voting committee (all 86 of those upstanding press junketing foreign journalists who make the cub reporters at TMZ look like so many millennial Walter Kronkites).

Learning nothing from the OscarSoWhite social media blitz of recent years, the Globes revealed their latest list of Best Director nominees including Steven Spielberg, Ridley Scott…what- no James Cameron? In this shameless bid to live in the bubble of Trumpism, the Globes passed over the ever-relevant and deserving work of filmmakers Jordan Peele, Greta Gerwig, and Patti Jenkins to name only a few. Surprised the GG’s didn’t ask Mel Gibson to host…

“The Off-The-Grid Critics Award” goes to the San Diego Film Critics Society for collectively saying a big “screw you” to other critics awards and giving the Best Actor award to James McAvoy for “Split”. Apparently it was a tight race with several rounds of voting until the wee versatile Scot McAvoy was able to barely best his two closest rivals- The Rock in “Baywatch” and The Poop in “The Emoji Movie”.

“The Amazingly Irritating Technology Award” goes to the multi billionaires at Apple for the creation of the iWatch. Just when we’ve almost got a handle on getting moviegoers to at least partially demonstrate proper civility and codes of cinema-going conduct with their phones and texting, along comes the bastard son of hand-held communication devices flashing indiscriminately like random lighters flickering at a U2 concert. This could be the greatest threat to the movie theatre experience since the selling of nachos!

“The Eagles Hell Freezes Over Tour Award” goes to Daniel Day Lewis for what he proclaims to be his absolutely, no turning back final performance in American auteur PT Anderson’s latest masterpiece “Phantom Thread” (not to be confused with “The Phantom Menace”- the Star Wars sequel where the character of Jar Jar Binks, oddly enough, happens to also be a tortured, hard-driving couturier to 1950’s London). If this is indeed the swan song for the perennially brilliant Sir Daniel, then we unreservedly thank him for his amazing catalogue of thespian portrayals but we here at Wholly Cinema think his retirement could someday be short-lived- surely no one this talented can just walk away at the height of their creative powers (OK- except for Danny Bonaduce who knew it was time to exit stage left with his greatness intact after his trailblazing turn as the bass-playing, wisecracking musical prodigy in “The Partridge Family”).

Stay tuned for Part 2 coming soon (sorry for the brevity but I lost track of time hand-pressing and bottling my homemade egg nog…). I was gonna say something about having a bad case of mistletoe but edited out that joke in the Nick of time. 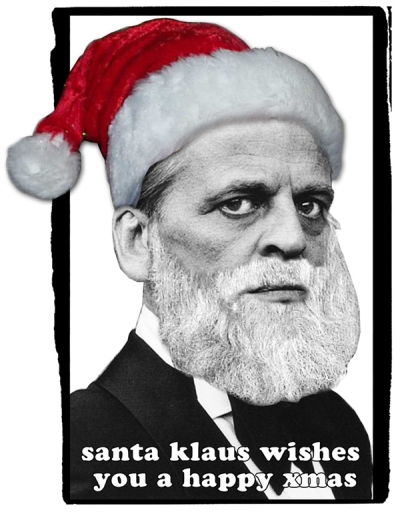